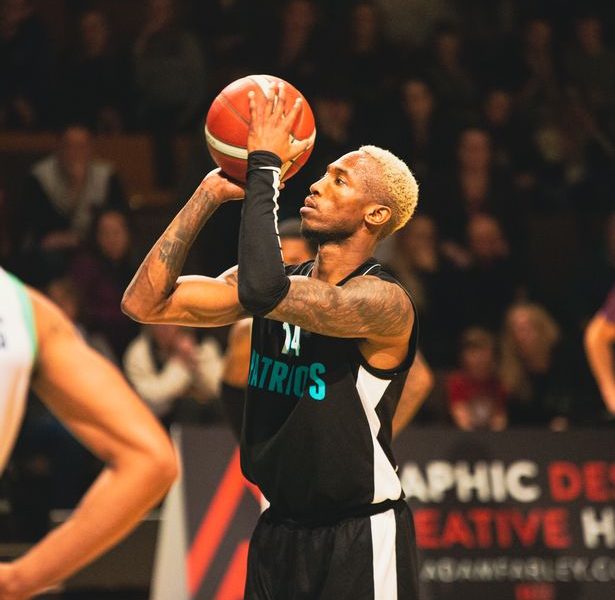 “I hated basketball, hated it. I was done. Before COVID, I almost quit anyway.”

The words of Birmingham’s Kofi Josephs came merely a month after his historic performance for the Plymouth Patriots against the Manchester Giants in the British Basketball League. He scored a record 46 points, the highest tally by a British born player in BBL history.

The message was blunt yet eloquent. There was no hesitation to dissociate from a sport that had essentially shaped him thus far.

Growing up in Birmingham, basketball wasn’t quite the path he envisioned.

“I used to do every sport but basketball. I’m not from a basketball family. I did swimming, Kung Fu. I was into everything.

“My mentor in school, in year five or six, Mr. Thompson. He was a six foot five basketball fan. Him and I used to really get on. He put a basketball in my hands for the first time in the playgrounds. I threw it under-arm and it went in.”

Kofi fell in love with the sport. Despite not being cemented within British culture, basketball has always found its way into people’s hearts. For Kofi, hoops took on a larger role in his life.

“When you’re a young black kid in city of Birmingham raised by a single parent mother. They don’t really raise you. They’re at work. You’re being raised by your friends and siblings.

“For me to spend a lot of that time, playing basketball and being on a basketball court and keeping myself out of trouble. That was one of my life savers and directed me in a different path.”

Perhaps the fact that he was great at it was an added bonus; good enough to get offered a scholarship in the States. He pursued his education at John Brown University in Arkansas before completing it in Fort Lewis in Colorado.

The journey was far from easy as he suffered multiple hip injuries, requiring him to undergo surgery during that time. Hopes of making it at the highest level with the NBA had taken a step back.

“I didn’t have an agent at that time, I didn’t put my name in. There was no point. I’m coming off two hip surgeries. I’ve played NAIA. I’ve played D2. I lost my D1 scholarship because of NCAA rules. I didn’t have the killer season individually as a senior. I had no agent. No agents were coming after me because I hadn’t even played National Team ever.

“I was in a really tough position to a point where for me to get an agent, I had to go on the FIBA Agent list and copied and pasted an email to 700 different agents, even going to Google translate and translating the message into different languages based on who I was sending it to.”

Sports has been romanticised for decades. It is seen by fans as a constant faucet of grandeur and riches, fun and spontaneity. The truth behind the fine lines creates the difference in perception. Kofi himself had once bought into the ethos.

I used to hear these stories when I was young and it used to excite me, like ‘you could be chilling on a Wednesday. Agent calls you at night telling you they have a team for you, you sign the contract tonight, you fly there Thursday morning.’ and I used to think no way, tell me more about this story!…

That happened to me in my first year going pro, and it’s a lot different hearing it in a story from someone else compared to sitting in a restaurant, your agent calls and sends a contract that you sign on your phone. You have your first game away on the day you land and you don’t know the plays or the coach. They expect you to play 35 minutes and you wonder what the hell is going on. I’ve lived that.”

His professional journey took him around Europe, seven different countries, each with their individual experience, all before he made his way back to the UK.

“For almost 20 years, it has been ‘ball is life’. All you’re gearing up for is to be a professional to get paid to play ball. That’s where you put your self-worth as well.”

With the obsessive drive an athlete possesses to strive for greatness for decades, its ability to consume does not come at a surprise.
The realization for Kofi came as the pandemic had gripped the world stationary.

“I was actually thankful for COVID because I had a reason not to go for games, not to workout, not to do anything and no one can single me out because it’s happening to everyone.

“That was the straw for the camel’s back of ‘what do you want to do?'”

The time away was his time to discover himself. He turned towards modelling as not only a way to express himself, but as reassurance of a life beyond basketball.

Most would find it difficult to take a step back from a part of their identity, to embrace the fear that comes with the journey of self. Kofi is testament to the fact that the fear is worth the serenity.

“At the bare minimum, I’d like to look in the mirror and be ok with what I see. Be ok with my decisions.”

A model, an artist, a basketball player; Kofi Josephs is all of those things, but most importantly – he is Kofi Josephs. 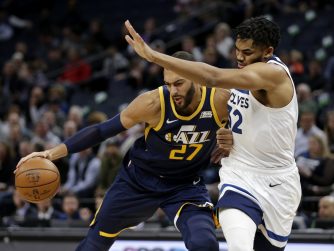 The NBA has traditionally operated in waves. Transient phases eventually alter fortunes and identities of every single franchise. The... 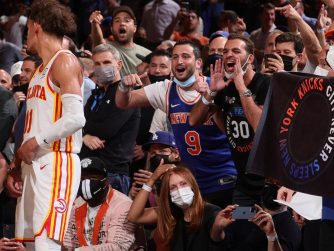 The Atlanta Hawks – Ode To Villainy

What is a villain? It’s a traditional outlook on an antagonist. The maniacal face of dishonour with their crimson eyes set on targeted... 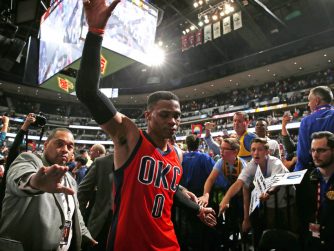 Russell Westbrook And A Method To His Greatness

“Considering his physical tools, intangibles and how much he’s improved over the past two years, though, a lot of teams would probably have...