A Shevchenko – Nunes trilogy – The mortal necessity of deathless magnitude 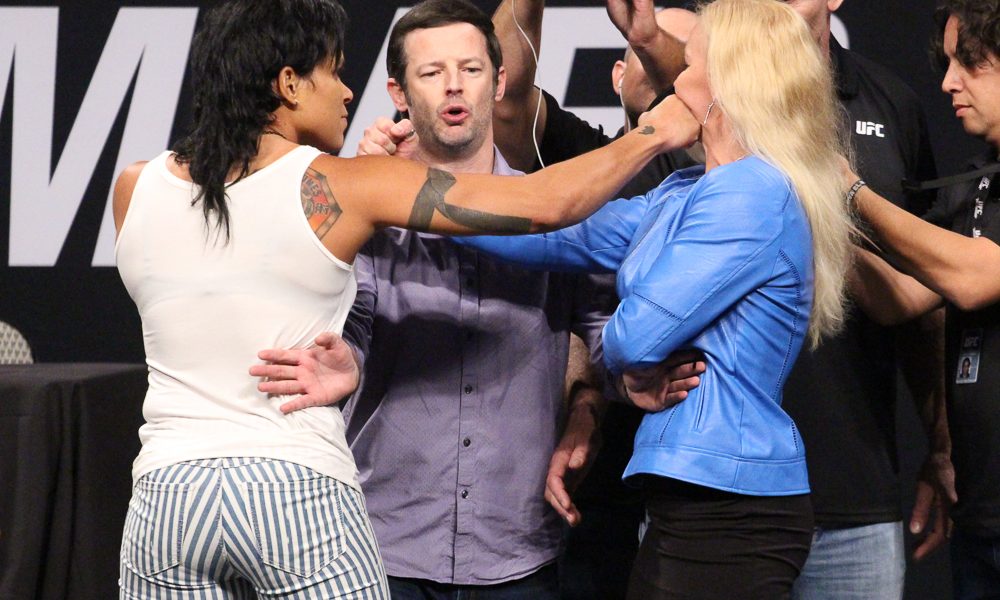 Call it a self-aware showcase of the magnificence that is the monster-verse or a tone-deaf soliloquy of booms and crashes, ‘Godzilla vs. Kong’ undeniably preys on a primal thirst for dominance. Darwinism at its grandest. It felt like it missed a trick, however. The triviality is understandable in the face of compensation for the lack of a story. Yet, the essence is conveyed excellently in the first few minutes. The tribal look-back at two titans who traversed through generations, ascending their individual mountains on a massif. The rest is quite simply, unnecessary.

Ironically, Darwin’s theory underwent a phase of evolution. The resultant desire for discovering the best morphed into a desire to see the best be taken to the sword and ultimately, vanquished. The pioneers eventually give way to bigger and better, revered for their contribution to the present and hardly anything more. It’s the essence of modern living, of survival, of relevance.

There was a collective aura of inevitability to proceedings at UFC 261. Brute strength and dogged resilience were cited as tools in the blunt Swiss army knife that was Jessica Andrade, maulings against the likes of Angela Hill and the new UFC Strawweight champion Rose Namajunas with numerous more in tow bear testament to her prowess.

However, this was different. This wasn’t a top contender, a prospect, dare it be said, not even a champion.

This was a phenom. An 18-year documented career that has witnessed nothing short of progression in perfection while her compatriots have fallen by the wayside. Technically unrivalled, scarily unrivalled. Breathtaking knockouts in Jessica Eye and comprehensive blood-bath in Priscila Cachoeira; conceding a mere round to Jennifer Maia caused an uproar. Each instance of her incision into the pie of greatness book-ended with the traditional ‘Lezginka’ dance after a telling look of disappointment at the notion it was ever considered a contest in the first place and each fight proving a self-serving hypothesis-turned-fact. Valentina Shevchenko is nothing short of a titan.

For a career akin to the Sistine Chapel, the fight against Andrade was ‘The Creation Of Adam’. A fitting word – offended. There is no possible alternative. Just the mere fact that ‘Bate Estaca’ was even considered as a threat to her and more so the fact that it insinuated she had even the slightest weakness enraged the champion. It is the sole explanation to 7 takedowns in 8 minutes against the resolute challenger. A crucifix felt like a show of mercy, teeing off at Andrade with reckless abandon. The best the division has to offer was effortlessly thwarted.

“I want to say one thing — my opponents trying to figure out what is a weakness of mine, don’t waste your time, there is none.” could not be more discouraging, nor could it be truer. Braggadocio loses relevance when the dust settles and the Coliseum bears witness to a lone warrior, unperturbed, awaiting competition that will never arrive.

Whilst struggling to comprehend Rogan’s words initially, “Come Get Some” is a fascinating outlook on the future of her career, one that takes light away from a glaring fragility. The division has been hacked through with picturesque precision. Hardly anyone offering threat remains to “come get some”.

Going back to the 2014 ‘Godzilla’, a distinct undertone of respect flows through, unlike the latest instalment of the monster-verse. The scene at the airport – silence amidst utter chaos as the reverberation of a King echoed. The music ascends as does the shot to fully grasp the monstrosity of Gojira. It is the key to a film of the genre. The contrast in their regality accentuates the mortality of humankind.

The Bullet, while piercing through the division, finds herself synonymous with the two legitimate losses in her career – both to a Rara Avis with a similar dilemma.

A rear-naked choke submission win against Miesha Tate was the start of a championship run that transcends dominance or even winning. Every fight felt like a baptism; a lesson that each fighter who dared to grace the octagon with the champion learnt. Some came with confidence, some with fear – each left with the same look of befuddlement and a varying set of questions they had to ask themselves. The fight against a juggernaut in Cris Cyborg went the same way. A flurry of strikes only going one way. An overhand right sealed the fate. Two-division Champion, a first for the women’s division. Technique bows to the sheer strength of the champion. Two divisions have been cleared, one stood tall – Amanda Nunes.

Her reign of dominance was preceded by a bout against Shevchenko at UFC 196. The first two rounds, it was Nunes; the second in particular highlighted the barrage that comes with her. Near the end of the round, however, the bullet bit back, taking top position and finishing the fight in control. The initial rounds favoured the Brazilian who picked up a unanimous decision with a hint of unfinished business.

The rematch was set for the title; a shot at redemption up for grabs as well. The challenger looked sharper, faster. It was too close to call. A takedown in the final round seemed to tilt the balance in favour of Nunes, the strikes from the back only flamed the questions. The bell sounded and via split decision – and still. The look of surprise was mutual. A 2-0 series felt like anything but.

Yet, the two marched on; forging untrampled paths of greatness, painting their masterpiece with unique strokes and glazing.

Through sheer mastery, the two women have created their tale of titans. The time away lends to their aura, their place beyond combat mortality. They are past competition. Life imitates art as the simmering rivalry shares hues of the monster-verse.

Nunes awaits Julianna Peña at UFC 265, a foe Shevchenko has defeated in the past. The inevitability that comes with the two titans carries over to the possibility of the trilogy. Shevchenko embraced the daunting trepidation that paralyses Nunes’ opponents. Her natural affinity to technique fell short against a smarter opponent. The fight against Andrade showcased adaptability. Perhaps, the winding cross-roads will prove to be more revealing. For now, the titans stare across the valley, a glimpse of clarity.

The Coliseum has missed the vociferous roar caused only through the unknown. The evolutionary desire to determine the greatest needs the trilogy. The two women have surpassed all marks of greatness. They may as well break the barriers just one more time. 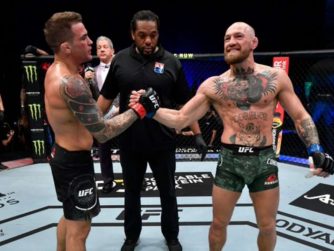 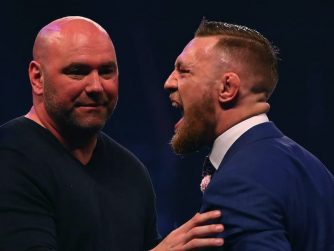 The UFC and a double-edged sword of adaptability

Select few will find their names and actions synonymous with those of pioneers, however that is precisely what the UFC has achieved with...

A Shevchenko – Nunes trilogy – The mortal necessity of deathless magnitude